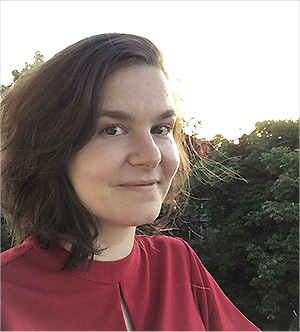 The City on Display: Urban Aesthetics in the Digital Age

Tea Lobo studied Philosophy and Anglophone literature at the University of Basel, Fribourg and Harvard. She was granted a four-year SNSF scholarship (Doc.ch) to write her dissertation and has completed her PhD in General and Comparative Literature at the University of Fribourg in 2017. Her dissertation is on the interactions between literature and Ludwig Wittgenstein’s philosophy, especially regarding questions on  the perception of and an adequate representation of interiority. She participated in a one-month international interdisciplinary postdoctoral program in Parma and Florence, Italy in October 2017, where she started working on urban aesthetics in connection to literary works. She is a Junior Fellow at the Walter Benjamin Kolleg for the Autumn Term 2018, where she will continue working on urban aesthetics and contemporary novels.

The City on Display: Urban Aesthetics in the Digital Age

Aisthesis (meaning both aesthetics and perception), literary negotiations of modernity, philosophy of the city, representations of the private and the public, cultural reverberations of technology