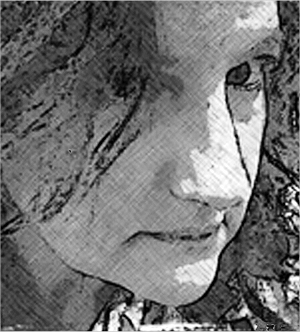 A visual artist and a photographer, Tal looks for opportunities to combine her passion for visual art with her scholarship and sometimes teaches workshops in art journaling.

received a B.A. in American Studies from the University of California at Santa Cruz, where she began her training in interdisciplinary research. There she learned the methods of history, sociology, critical race theory, and feminist theory, and wrote a thesis that drew parallels between etiquette instruction books for white women, and antebellum treatises on the conduct of slaves.  While an undergraduate she began work on her first book, Women in Particular: An Index to American Women (Oryx Press, 1984).  Tal continued in American Studies at Yale University, where she expanded her interdisciplinary training and practice. Her PhD thesis explored the intersections between personal psychological trauma, collective cultural narratives, and nationalist mythology, and established the genre “literatures of trauma.”  Her dissertation, “Bearing witness: the literature of trauma,” illuminated the common threads between literature by Holocaust survivors, combat veterans of the Vietnam War, and U.S. women who had survived rape or incest. During the writing process, she expanded her disciplinary reach to methods drawn from historiography, semiotics, literary theory, social psychology, cognitive science, as well as the new field of neuropsychology. The dissertation was revised and ultimately published by Cambridge University Press (1995) as Worlds of Hurt: Reading the Literatures of Trauma.

While at Yale, Tal founded the interdisciplinary academic and arts journal, Vietnam Generation: A Journal of Recent History and Contemporary Culture, which became the journal of record in the fields of Vietnam War studies and studies of U.S. in the 1960s, for the course of its seven-year run (1988-1996). Tal also established a small press, called Burning Cities, that published over 30 volumes of poetry, fiction and Vietnam War scholarship over the same period. The journal and press archives and Tal’s papers are housed in the Connolly Library of LaSalle University, as part of their Special Collection, “Imaginative Representations of the Vietnam War,” where they are a frequently used resource for scholars.

From 1989-1993, Tal worked first as an oral historian, and eventually as consultant for the Learning Center at the U.S. Holocaust Memorial Museum, part of the small team of scholars and researchers who readied the USHMM for its opening.  When her work was complete she focused on expanding Vietnam Generation and Burning Cities Press, and served as a lecturer at the University of Maryland at College Park, George Mason University, and Wesleyan University. In 1996 she was hired as a founding faculty member of Arizona International College of the University of Arizona, a small interdisciplinary liberal arts college within a large Research One university. She served there as Professor of Humanities until 2006, when she relocated to Berlin, Germany. There she taught briefly at the John F. Kennedy Institute at the Freie Universität, and otherwise focused primarily on her own research in Trauma Studies, which by that time had expanded into a cultural study of the medical and research apparatus that has evolved to support the multi-billion-dollar industry dedicated to studying and treating Post-traumatic Stress Disorder (PTSD).

Throughout her career, Tal has found satisfaction in editing the work of her colleagues, and has been an enthusiastic teacher of undergraduate and graduate students alike. She has held the position of Scientific Editor for the Institute for Social and Preventive Medicine since 2011, and relishes the opportunity to explore new (inter)disciplines, including public health, cancer, and AIDs research. She also takes on private work as an editor from select clients, and has edited academic books and dissertations in fields ranging from political economy to international law, and creative works from poetry to fiction.

In the course of her fellowship at IASH Bern, Tal plans to pursue interdisciplinary research in the fields of public health, theoretical neuropsychology, military science, and political economy, as well as drawing on her training in other disciplines.  She is at work on a follow-up volume to Worlds of Hurt that will explore the political economy of the trauma industry, and the tension between prevention of trauma vs. treatments and “cures.” Tal will examine the narrative strategies that describe and support the dominant paradigms for Trauma Studies across several disciplines (psychology and neuropsychology, sociology, medicine) and across institutions (medical, military, educational, governmental).  As a first step in what is admittedly a very large project, Tal will specifically address obstacles to programs intended to prevent trauma.

Tal is incorrigibly interdisciplinary, and cannot imagine being confined to one, or even three.  Her choice of topic is almost as broad-ranging. She has written seminal articles on race in cyberspace, including a much-cited piece for WIRED magazine and an article for the Afrofuturism issue of Social Text.  Long interested in Humanities Computing, she was one of the early website developers, and continues to develop websites to disseminate a wide variety of information. She was a key figure in early cyberculture studies of gender, race and class in virtual environments.  With Tari Fanderclai, Tal developed tools for use in educational MOO environments, and was one of the first Networked Associate Fellows at the University of Virginia’s Institute for Advanced Technology in the Humanities.  A strong believer in the need for academics to have an online presence, Tal maintains multiple websites and writes for a variety of online venues, including DailyKos.com, where she is an editor of two series: White Privilege and DiscrimiNATION.

A visual artist and a photographer, Tal looks for opportunities to combine her passion for visual art with her scholarship and sometimes teaches workshops in art journaling.