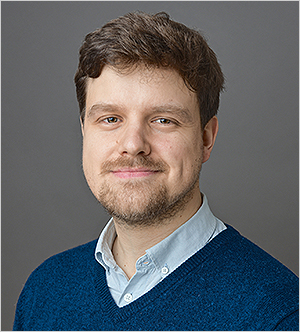 Lamenting Ancient and Biblical Cities in Medieval Literature and Historiography

Christoph Pretzer studied Medieval Studies at the University of Bamberg in Germany. Here he discovered his interest in interdisciplinary research in particular regarding narratology and historiography. After his MA he went to Cambridge where he wrote his thesis on the historiography of the 12th-century Middle High German Kaiserchronik. He has since held postdoctoral teaching positions at King’s College London and at the University of Oxford.

Lamenting Ancient and Biblical Cities in Medieval Literature and Historiography

The Fall of Biblical and Ancient Cities
How did narratives of fallen cities from the biblical or ancient past influence political and cultural identities in medieval transalpine Europe?

Lament and Lamenting
What techniques and traditions of lament do medieval German texts deploy to frame the destruction of cities and communities or military defeat.

German Vernacular Historiography
What happens when historiography migrates from the Latin into the vernacular sphere in the 12th century?

Medieval German Perspectives of Antiquity
How did the courtly society of the German Middle Ages conceive of and imagine Antiquity?

The Crusades in Medieval German Literature
How do conflict and contact with the Middle East from the 11th to the 14th century figure in medieval German literature?