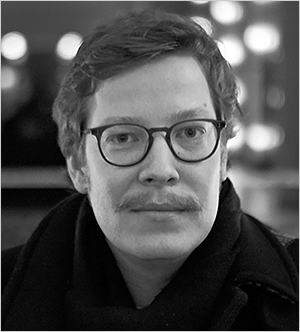 (Post-)apocalyptic Imaginations. Representations of Nuclear Catastrophes in Art and Film since 1945

In conjunction with his doctoral research on the history and theory of drawing, he co-edited two volumes dedicated to the concept of projection (“Entwurf”) (Espinet/Hildebrandt 2014) and the relation of image and gesture in art and philosophy (Richtmeyer/Goppelsröder/Hildebrandt 2014).

He received a one-year Resident fellowship at the Istituto Svizzero in Rome in 2013/14 and, following this, an 18-months “Early Postdoc-Mobility”-Fellowship from the SNFS for a research project on the work of Pier Paolo Pasolini; currently entitled “Imaginations of the Desert in the Work of Pier Paolo Pasolini”. Articles in the framework of this project were published in ThéoRèmes, Archiv für Mediengeschichte and Senses of Cinema; translated into English, French or Italian. Together with Giovanbattista Tusa (New University of Lisbon) he was recently invited to edit an issue for estetica. studi e ricerche: “Geografie meridiane. Pensare a Sud” [Mediterranean Geographies. Thinking of the South].

Toni Hildebrandt will work at the Walter Benjamin Kolleg on a new research project entitled “(Post-)apocalyptic Imaginations. Representations of Nuclear Catastrophes in Art and Film since 1945”.

(Post-)apocalyptic Imaginations. Representations of Nuclear Catastrophes in Art and Film since 1945