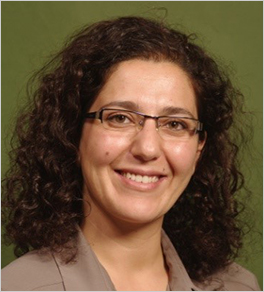 Secular and Islamic Discourses on Abstinence in the Ottoman Empire and Turkey, 1850s to Present

Elife Biçer-Deveci studied history, geography and philosophy at the University of Zurich. She completed her doctorate in history at the University of Bern. Her dissertation project dealt with the women's movement in the late Ottoman Empire and its international relations. Based on the project results, Biçer-Deveci published, in addition to numerous articles and book contributions, the book  The Ottoman-Turkish Women’s Movement and International Women’s Organisations with Vandenhoeck & Ruprecht, Bonn University Press (openaccess: Die osmanisch-türkische Frauenbewegung im Kontext internationaler Frauenorganisationen | V&R eLibrary (vr-elibrary.de)).

Since 2017, Biçer-Deveci has been conducting her research project on the "alcohol problem" in Turkey since 1900. This project has been awarded through various scholarships and grants. She has been a research fellow at the Central European University, the University of Oxford, the Freie University and ETH Zurich.

Biçer-Deveci's research approach is to understand the interplay between religious normativity and scientific discourses in the construction of norms of everyday life. She considers this interplay as shaped by transnational exchange processes, international political relations and local social and political dynamics. Biçer-Deveci developed this approach for her studies on current trends in abstinence policy in Turkey. She interprets these developments as the product of a historical process that goes back to 19th century. Her current project aims to reconstruct this historical process and to elaborate the role of international temperance and health organisations.

Secular and Islamic Discourses on Abstinence in the Ottoman Empire and Turkey, 1850s to Present