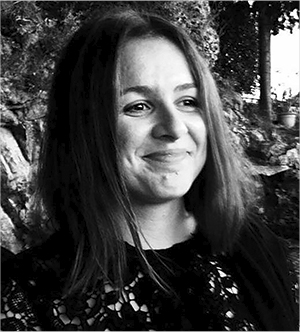 Francesca Fuoli is a historian of modern Afghanistan, South Asia and modern European empires. She studied international relations in Trieste and specialised in South Asian law, politics and anthropology in London. She holds a PhD in History from the School of Oriental and African Studies (SOAS) for which she researched the impact of British colonialism on Afghanistan’s state-building process in the late nineteenth century.

She worked as a Senior Teaching Fellow at the School of Oriental and African Studies (SOAS) in 2017 and has been a Postdoctoral Research Fellow at the Historical Institute of the University of Bern since January 2018.

Her current research project explores the role of mountain regions and mountain people in shaping the modern world from a global perspective. She is particularly interested in the connected and entangled histories that linked these regions and people during the long nineteenth century and their role in the formation and consolidation of modern nations and empires.

Colonialism and state-building in Afghanistan: Anglo-Afghan cooperation in the institutionalisation of ethnic difference, 1869-1900

Incorporating north-western Afghanistan into the British empire: experiments in indirect rule through the making of an imperial frontier, 1884-87. Afghanistan (vol. 1, no. 1, April 2018)