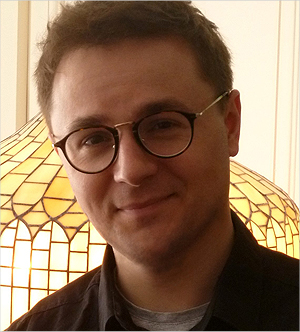 Animals, Animality and the Human Beast: 'Empsycha' in the Ancient Greek Imagination

Rafal Matuszewski studied history, classical philology, cultural studies and classical archaeology in Warsaw and Göttingen. In 2017, he received his PhD in ancient history from the University of Heidelberg, where he defended his doctoral dissertation on social interactions in 4th-century Athens. He has also held fellowships and visiting positions at various universities, including Konstanz, Berkeley, Fribourg, Paris (Panthéon-Sorbonne; EHESS) and Cambridge. In 2013-2016, he has lead a project, financed by the National Science Centre (Poland) and based at the University of Warsaw, on epitēdeumata of Athenian citizens. His research focuses primarily on the historical anthropology of the ancient Mediterranean, especially on Greek social history and religion. Currently, he is working on a project examining ancient Greek attitudes towards animals, their role as intermediaries between humans and gods, and their moral status. Since August 2017, he holds a Junior Fellowship at the Walter Benjamin Kolleg in Bern.

Animals, Animality and the Human Beast: 'Empsycha' in the Ancient Greek Imagination