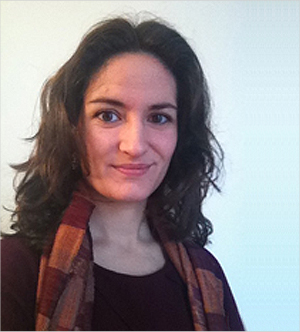 The mediality of text in Southern German churches 1350-1550

Isabella Augart studied history of art and literature in Berlin, Rome and Oxford. In 2014, she received her Phd from Freie Universität Berlin with a doctoral thesis on the mediality and function of altarpieces with embedded miraculous images both in early modern Italy and during the Catholic Reform. She previously held fellowships at the Cluster of Excellence Languages of Emotions at Freie Universität Berlin, the Kunsthistorisches Institut in Florence and the Bavarian State Office for Museums in Munich. From 2014-2017, she was a postdoctoral fellow at the University of Hamburg in the research project “natura-materia-artificio“ funded by the DFG and an associated member of the research group “Images of Nature“. In Spring 2017 she is a junior fellow at the Walter Benjamin Kolleg in Bern.

The mediality of text in Southern German churches 1350-1550