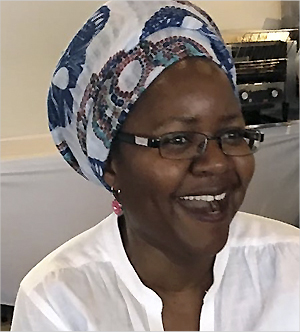 Assistant Professor, The University of Texas at Austin

Ruramisai Charumbira is a feminist historian of Africa, with a specialization in Southern Africa. She earned her Ph.D. from Yale University in 2006, where she trained as a socio-cultural historian. Thus far, her research work has focused on the import of Memory in societies, especially in the making of national and international identities. Her forthcoming first book, Imagine-Nation: History and Memory in Making Zimbabwe, critically analyzes the gendered contestations of national identity in a colony/nation built on the exclusion of the “Other.” At the IASH, Ruramisai will work on her second book exploring themes of individual, social, and collective memory in the British Empire at the turn of the century. Ruramisai Charumbira is with the Department of History at the University of Texas at Austin where she is also affiliated with the African and African Diaspora Studies Department, the Center for Women’s and Gender Studies, the Rapport Center for Human Rights and Social Justice, and the Center for European Studies.

As of fall 2016, Ruramisai is Associated Senior Fellow at the WBKolleg.